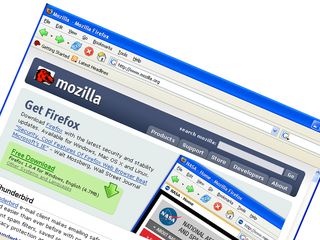 Firefox just got even more useful

Power Firefox users have probably already bolted on all the extras they can dream of, but a new tweak from Google will surely be of massive benefit to the rest of us.

The latest version of the Google Toolbar for Firefox is technically a beta, but it seems to work just fine for us. Its most significant new feature tarts up new tabs to alter them from boring empty spaces to useful browsing resources.

Now, a quick CTRL+T to create a new tab will show a cluster of thumbnail images of the nine most-visited websites, while a list of recently closed or bookmarked sites is easy to access in a right sidebar.

Naturally, the point is to make it simple to get to the most frequently used pages or to keep a running list of what's been opened, closed and bookmarked over the last few minutes.

There are Firefox add-ons from other developers that do mostly the same thing – Speed Dial is a great example – but the power of Google generally means we're really looking at a new standard here.