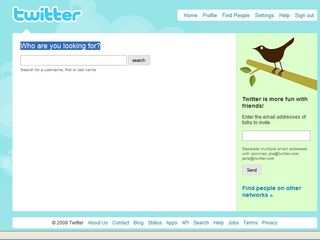 Twitter has finally rolled out its location feature to all its users, offering the chance to tell the online world where they are tweeting from.

The micro-blogging site has decided to jump on the location-sharing bandwagon and offer the feature as an optional extra to users.

Twitter announced the feature on its blog, explaining that "a recent burst of interest in location sharing applications, games, and services has many Twitter users excited about appending geographic data to some of their tweets.

"Not everyone wants to add their current location to a tweet so this feature is off by default and must be activated to use."

If you want to turn on the feature, then you have to go to your account setting and tick the 'Add location information to my tweets' box.

Once you have done this, at the bottom of your tweets your location will be announced to the world.

For some this won't be a new feature. A lot of Twitter applications already allow you to geo-tag your tweets.

So it will be interesting what the Twitter crowd will think of this version – considering Twitter's official retweet function was roundly criticised.