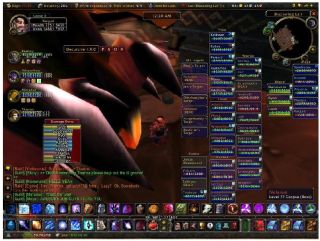 The EC wants to ban the most violent games, such as World of Warcraft, and introduce minimum age rules on other titles

The initiative is lead by Germany, which currently holds the EU presidency until 30 June. The European Commission (EC) is supporting the initiative, calling for higher control of video-game violence.

"A certain degree of linkage between the growing violence among the younger generation and the growing diffusion of violent games exists," said Franco Frattini, the European Justice Commissioner, at a meeting of the justice ministers in Dresden, Germany yesterday.

The idea is to harmonise national rules across the 27 countries in the EU. "Protection of children cannot have borders," Frattini said.

The EC wants to ban the most violent games, and introduce minimum age rules on other titles. The EU is likely to publish a list of banned titles in the future.

The Interactive Software Federation of Europe said it supported Frattini's efforts to protect children, arguing that an age-rating system similar to that used by the movie industry is the best way forward.