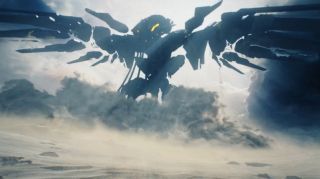 Halo leads the way to TV

Microsoft's Phil Spencer revealed that the new Steven Spielberg-attached Halo television series isn't the only show the Xbox One will be broadcasting.

Speaking with Bloomberg, Spencer said Microsoft has teamed up with a Los Angeles based production team and now has a ton of potential TV shows in the works:

"They have literally hundreds of ideas that they are incubating right now. We will have some new announcement for TV shows coming pretty soon."

A console for everything

We've known that Redmond has been tossing around TV concepts for awhile now, especially with the Halo series, but now we can look forward to a wider selection of shows.

Here's hoping they'll be worth watching especially with former CBS TV Studio President Nancy Tellem at the head of the projects (or "Nancy projects" as Spencer called them).