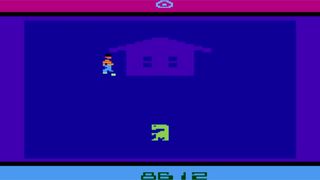 Microsoft's first Xbox-exclusive, originally-produced documentary will chart the rise and fall of former gaming giant Atari, it was confirmed this weekend.

The production will chart the nighttime burial of millions of unsold E.T. The Extra Terrestrial cartridges in 1983, a notoriously terrible, rushed movie spin-off, which many say began the slide for company.

The mass grave in the New Mexico desert will be excavated for the documentary with shooting commencing in January and will arrive on Xbox One and Xbox 360 sometime in 2014.

Microsoft hasn't announced how many titles will be within the series, but they will be co-proudced by Oscar winner Simon Chinn and Emmy winner Jonathan Chinn.

The series is unlikely to be the first original content to air on Xbox Live as Microsoft's quest to dominate the living room entertainment takes shape.

It has already promised that the first wave of content, headlined by the Steven Spielberg-produced live action Halo series will arrive in the first few months of the year.