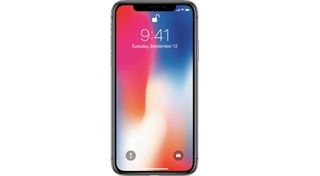 Apple is to issue software updates to iOS that it hopes will help overturn an iPhone sales ban in China.

Qualcomm alleges that the iPhone violates two of its patents – one relating to photo editing and another to touchscreen application multitasking – and the two patents had previously been found to be valid by SIPO, the Chinese patent office.

Reuters says Apple will push the updates early next week to address any possible concern about compliance with the injunction, although the company is appealing the decision.

“Based on the iPhone models we offer today in China, we believe we are in compliance,” an Apple spokesperson is quoted as saying. “Early next week we will deliver a software update for iPhone users in China addressing the minor functionality of the two patents at issue in the case.”

The two companies are currently arguing over whether the injunction means that all iPhone models affected should be immediately enacted. So far, the devices haven’t been removed from sale and Apple says any such move would impact Chinese suppliers, consumers and tax revenues.

Qualcomm has reportedly paid a 300 million Yuan bond to cover potential damages Apple may incur from a sales ban, while Apple is willing to pay a counter bond to get the ban lifted.

The latest development forms part of a wide-ranging row between the two companies. Qualcomm has frequently claimed Apple has violated its patents, while Apple says Qualcomm is abusing its dominant position in the market and charging extortionate fees.

Qualcomm’s modem technology has been used in several iterations of the iPhone, but since the iPhone 7, Apple has diversified its supplier base, using Intel chips in some handsets.

However, Qualcomm believes its modems have been completely eliminated from the most recent iPhones, a belief that is supported by independent teardowns.

It also comes at a time of heightened trade tensions between the US and China following the arrest of Huawei CFO Meng Wanzhou last week.