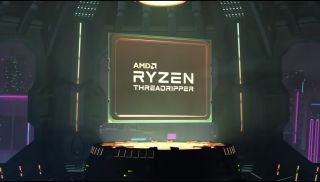 When AMD announced the Threadripper 3990X back at CES 2020, we were awestruck by the sheer amount of performance it promised, performance that put it out of reach of most people, but was amazing nonetheless. And now it's finally out.

Starting today, you can buy the monster processor at either Micro Center or Newegg in the US, along with a bunch of prebuilt PCs from the likes of Origin PC and Maingear. If you want to get your hands on this gigantic chunk of silicon, you're looking at a price of $3,990 (£3,699, AU$6,499).

Obviously with a price like that, even the best gaming PCs likely won't be rocking a chip like this. Instead, AMD is specifically targeting 3D designers and film studios with the Threadripper 3990X.

While we haven't got the processor in for review, we've seen some leaks that show the Threadripper 3990X crushing dual Intel Xeon Platinum 8280s - a configuration that is exponentially more expensive than the 3990X, no matter how expensive AMD's HEDT all-star is.

So, if you're one of the few people that could put a processor of this caliber to use and you have the budget for it, you might want to jump on this processor. After all, when you're a creative professional time saved is money saved, and that $3,990 (£3,699, AU$6,499) price tag may very well be worth it.