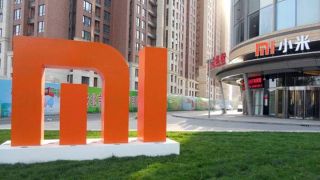 Chinese smartphone maker Xiaomi plans to invest over 50 billion yuan ($7.18bn) in AI and fifth generation internet technologies over the next five years to help it remain competitive in the growing sector.

The announcement was made on the firm's social media account by Xiaomi chief executive Lei Jun but he did not provide any specific details on how the company will invest the funds.

In his post, Lei explained that Xiaomi needs to further capitalize on its work in the field of artificial intelligence of things (AIoT), saying:

“We need to turn our continuous advantage we have in AIoT and intelligent life into absolute victory in intelligent full scene, and completely cement our king status in the smart era.”

Xiaomi's new plan to invest further in AIoT echoes a pledge the company made last year to invest 10 billion yuan  ($1.43bn) over five years as part of its “All in AIoT” strategy.

The company's affordable smartphones led to its initial success but its product range has now expanded to include a number of internet-enabled products under its MIJIA sub brand such as smart TVs and even rice cookers.

In its home country of China, Xiaomi is facing increased competition from its rival Huawei which was able to capture 42 percent of the country's smartphone market in the third quarter. To combat this, Lei revealed in October that Xiaomi is planning to launch more than 10 5G smartphone models this year.