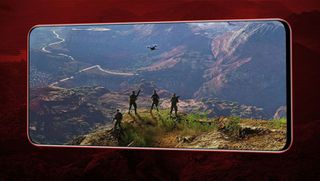 The Z5 Pro GT is being cleared out by Lenovo and its affiliates, and has now been deeply discounted. This is a top of the range smartphone featuring the Snapdragon 855 series, which is considered to be the best chipset family out there.

For $241 from AliExpress(roughly £180 or AU$360), nothing comes close in terms of value for money, especially if you're after a top-end smartphone.

Plus, it has it all the features you'd ever need. It boasts a full screen AMOLED display, dual rear camera, slide out design with two front facing cameras, dual SIM, Dolby Atmos support, a dual red/black colour scheme and even includes NFC.

At only $241, this is the cheapest smartphone on the planet with a Snapdragon 855. No corners have been cut that we can see; there are four cameras and enough system memory and onboard storage for most users. There's no microSD card reader or audio socket, but that’s now an established norm (sadly).

If you find a cheaper device with a similar configuration, get in touch.View Deal

This device comes with the global ROM and includes Google Play Store, which is not usually the case. The UI, the ZUI 10, is based on Android P.

Other smartphones that feature the same chipset include the Samsung Galaxy Note10, the Galaxy S10, the OnePlus 7T, the Sony Xperia 5 and the Google Pixel 4XL.

It's worth noting this product comes from mainland China, so will take at least a month to reach either the US or the UK (and potentially more). You may also be levied a tax either directly or through the courier.

Also be sure to check the phone supports your preferred local carrier (or mobile network).