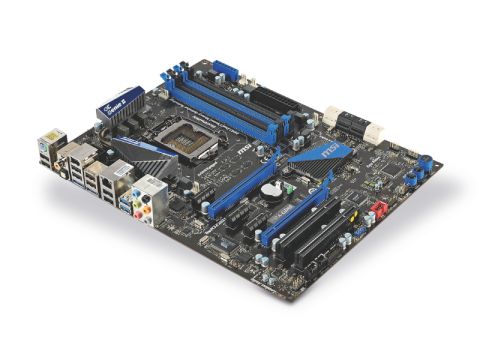 Despite the lack of transcode core this is a fine first P67 from MSI, and a great value one too.

With the launch of a whole new chipset, you can bet your last kidney that there'll be a slew of new motherboards hitting the scene from pretty much everyone who's ever laid capacitors on PCB.

This here P67 board from MSI represents something very different from the Asus Maximus IV Extreme that's also just been released. It isn't necessarily aimed at the high-end enthusiast segment. It's a board for people wishing to build up their new platform with a reasonable feature-set and at a reasonable price.

The bonus of having so much stuff move over to the CPU die in Sandy Bridge is that manufacturing motherboards is a little cheaper, and so you get a lot for your £140. There's full SLI and CrossFire licensing, the latest line in USB 3.0 and SATA 6Gbps storage interfaces, and the 'Military Class' components that make these MSI boards rather robust.

So how does it stand up?