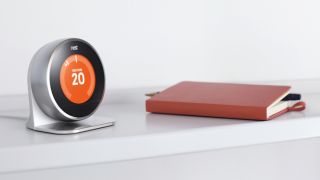 Are the IoT and the smart home set for a decade-long format war? Rapidly being talked-up as a pillar of the Internet of Things (IoT), home automation now dominates the horizon, with device manufacturers itching to link everything together in whole-house control systems. However, thanks to the lack of a common platform, the smart home as a joined-up seamless entity is being delayed.

The IoT already exists, but its constituent devices are yet to be united. "The IoT is getting bigger and bigger every year but we are still in the very early stages of this technology," says Jason Aiginitis, Digital Marketing Executive at digital marketing agency Hallam Internet. "While there are many devices that support the idea of IoT – like smart toothbrushes or toasters – we are still years away from a consumer-based solution."

Welcome to the world of platform as a service (PaaS) IoT solutions, which is currently in a state of flux – to put it mildly.

Although there are dozens of smaller IoT platforms positioning themselves as the 'one true' link, it looks increasingly like a four-way battle between Qualcomm's AllJoyn, Intel's IoTivity, and two upcoming platforms that will focus only on the mainstream IoT, Apple HomeKit and Google Brillo.

The latter two both have the advantage of brand recognition, of course, and promise full integration with the App Store and Google Play respectively. Seamless, consumer-friendly platforms are a given. But will that be enough?

Apple's system uses the proprietary HomeKit Accessory Protocol (HAP), so it will have limited interconnectivity; this is a closed-source project, and every single IoT device will have to be Made For iOS (MFi).

"HomeKit will have appeal if enough devices can be brought to market through MFi that cover the majority of users' needs – itself something of an unknown at this stage," says Gordon Fletcher from Salford Business School's Centre for Digital Business. "In the long-term, HomeKit's appeal will probably be confined to a prestige market, which desire the Apple logo rather than fully seamless IoT interactivity." It's safe to say that 'open source' is not a phrase you'll find on HomeKit's roadmap.

On the other hand, Brillo – which uses Google's accompanying new language called Weave to communicate – is a subset of the Android OS, which will allow cross-platform APIs. "Google's Android-based solution will almost certainly be where the innovation, and most unusual devices, emerge from … the prospect of success is based upon the uptake of Weave as the communications protocol for devices," says Fletcher.

Next Page Who will win?
See more Internet news