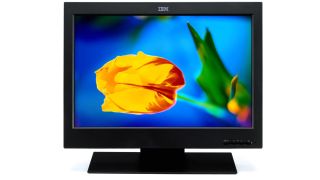 IBM used to manufacture monitors like the gorgeous T221.

Google chose the name Chrome for its browser mostly because people associated it with shiny fast cars and speed.

Writing for Forbes, Industry veteran Robert X. Cringely claims that IBM has its own Program Chrome but it's probably more sinister, echoing what the Register suggested a couple of weeks ago.

Cringely says that IBM will carry the largest corporate jobs cull ever with nearly 112,000 Big Blue employees likely to receive their pink slips -- equating to around 26% of the company's global workforce of 430,000.

The cuts, Cringely says, will be swift, will all those expected to leave being swiftly shown to the door by the end of February 2015.

The transformation process is likely to be the start of a process that will see IBM focus on five segments known as CAMSS (Cloud, Analytics, Mobile, Social and Security).

However, as Cringely argues, the reorganisation will almost certainly harm IBM's ability to keep its enterprise customers happy and get new business through the doors.