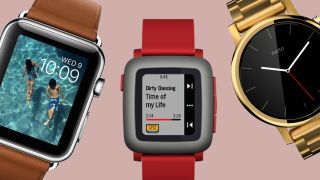 On an overall level, wearables might be selling quite nicely to consumers in the UK, but usage in the workplace isn't showing such keen growth thanks to mistrust of exactly how companies might use the data obtained from staff members' devices.

Those are the latest findings from PwC, which observed that around three million people bought a wearable device in the UK last year – a figure which was up 118% on 2014.

However, of the 2,300 employees which PwC surveyed, only 46% would accept and use a free wearable from their boss, if their employer had access to the data which was recorded by the hardware.

In other words, more than half of staff members would turn a wearable freebie down due to concerns about how data from said device might be used – potentially against them.

PwC further asked that if the wearable and data in question also brought with it workplace benefits such as flexible working hours, if this would make a difference, and still only 55% of respondents would adopt the wearable.

The survey found that four in 10 of those questioned said they simply don't trust that the data gleaned from a wearable will be used for their benefit, and 37% would be suspicious that the data would be used against them in some way, at some point in the future.

Younger folks, however, were more likely to adopt a wearable, with 59% saying they would use a smartwatch provided by their employer, and seven in 10 would do so if this meant workplace benefits such as flexible hours.

The survey also asked those who would be willing to adopt a wearable in the workplace what benefit they would like to trade their personal data for, and the most popular boons were flexible working hours, free health screening, and health and fitness incentives. 61% said they wanted their company to help them become more active.

Anthony Bruce, people analytics leader at PwC, commented: "Despite more people owning wearable devices, many people are still reluctant to use them in the workplace due to trust issues. Employers haven't been able to overcome the 'big brother' reaction from people to sharing their personal data.

"Digital tools and analytics advances could be the key to unlocking a more engaged, happy and higher performing workforce – but first employers must gain the trust and confidence of their people to acquire, store and use personal data appropriately. If employers want to overcome the trust gap they need to show that they are serious about data security and communicate openly with their staff about the benefits for them."