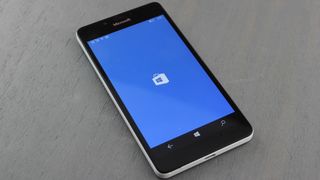 We're still not sure when everyone will get access to Windows 10 Mobile, but today we've learned when the operating system (OS) will become obsolete. On January 9, 2018, Microsoft will end mainstream support for Windows 10 Mobile for Business and Consumer users.

This means Microsoft will continue to make incremental updates to Windows 10 Mobile for 24 months, including new features and services. However, after 2018, Microsoft will only offer security updates. Previous reports indicated the termination date would be during 2019, instead of 2018. Microsoft appears to have updated the page from which that reporting was based.

It is immediately unclear when Microsoft will terminate extended support for Windows 10 Mobile.

Microsoft released its most recent Windows 10 Mobile preview more than two weeks ago. The build, which is live on the Lumia 950 and 950 XL, featured a few minor bug fixes. The release was so solid in terms of lingering bugs versus improved reliability that it appeared to be a near-complete release.

Today, Xiaomi Mi 4 users learned they would also be able to upgrade to the OS.

However, we're still awaiting a green light from Microsoft for all Windows devices. We originally thought Microsoft would make the OS generally available in September. However, several delays pushed the rumored release date to November.

We're now one week into December and we still don't have a clear date for when all Windows Phone users will get the OS.