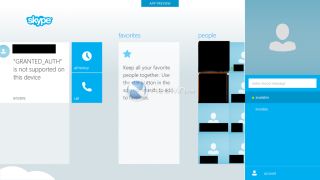 Industry sources claim Microsoft may phase out Windows Live Messenger in favor of Skype, with an announcement to come as early as this week.

First launched as MSN Messenger in mid-1999, Microsoft's Windows Live Messenger hit its peak a decade later with more than 330 million active users chatting away on it each month.

According to sources whispering in the ear of The Verge, Redmond may soon retire the instant messaging service in favor of Skype, the VoIP service it acquired last year.

While an announcement on the retirement of Windows Live Messenger could come in the next few days, the service isn't expected to wind down until the "coming months."

While Skype has always offered instant messaging, Microsoft started moving the feature over to its Messenger backend about six months ago, which is said to now be serving up 80 percent of the message sent through Skype.

The recently released Skype 6.0 update for Windows and Mac introduced the ability to link user names with either Facebook or a Microsoft account, which includes Windows Live Messenger users.

TechRadar reached out to Microsoft for comment and will update this story if and when the company responds.