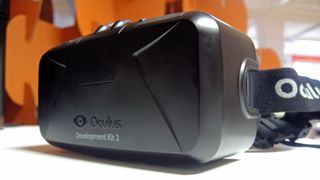 The Information (paywall) brings word from four sources claiming Facebook wants to bring exclusive 'Oculus Experiences' to users and has reached out to the likes of Fox, Disney, Warner, Sony and Universal.

Those experiences would be companions to movie releases, according to those familiar with the talks, but could even result in full-length, immersive movies landing directly on the VR device some day.

A drive towards bringing high-profile video content to the Rift is aimed at ensuring the device isn't pigeonholed into the gaming market, the report also claims.

Since snapping up Oculus for a cool $2 billion (around £1.2b, AU$2.15b) earlier this year, Facebook has set about broadening the VR appeal beyond gaming, from which almost all Rift hype has arisen.

Upon sealing the deal, Facebook CEO Mark Zuckerberg spoke of Oculus' potential as a "mass communication tool," prompting speculation the firm may look to create a virtual Second Life-style experience.

While turning our online world into a cerebral place would certainly give the Rift new purpose, altering the cinematic experience by virtually placing viewers within the scene would surely be just as epochal.