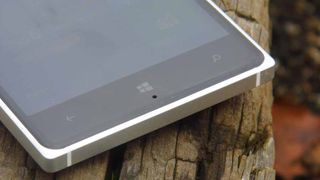 The Lumia 830 was stuck in the middle

One of TechRadar's criticisms when we reviewed the Lumia 830 in November was that it wasn't quite top-of-the-line, and wasn't quite a budget handset.

Now Microsoft is rumored to be addressing that with a Lumia 830 successor that will carry similar hardware at a lower price.

The phone doesn't currently have a name, but it goes by the model number RM-1072, reports Nokia Power User.

The phone was seen heading through Indonesian government certification in early January, but it's yet to be officially announced. That could change any time, so keep an eye out and we'll do the same.