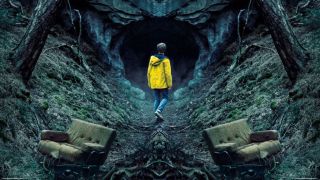 In a move that's sure to please subscribers but annoy traditional broadcasters, Netflix is reportedly doubling its budget for European content, with plans to spend $1 billion on original and co-produced content in the continent, according to the Financial Times.

Though Netflix has not commented on the figure, the news comes only hours after an announcement that the service would be launching 10 new European productions, including seven shows, two documentaries and a movie.

It's a good time for Netflix to expand its content plans, too. It set a new record for subscriber growth in Q1, signing up 7.41 million new users — something that's in large part thanks to the company's continued expansion into more international markets — and the streaming giant's first-quarter earnings revealed that revenue is up 40% year-on-year, with a new record of $3.7 billion earned in the quarter.

Acccording to Business Insider, the growth is driven in large part by the service's investment in local-language content. In theory, raising the budget for European productions should only see that number increase.

If we continue to get more quality European Netflix originals like Money Heist, Dark and Suburra: Blood on Rome, that can only be seen as a good thing.