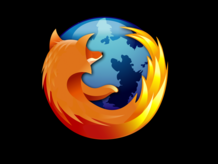 Firefox on your mobile: coming soon

Firefox Mobile, the handset-friendly version of the open-source internet browser, could be coming within the next few weeks, according to Mozilla's CEO John Lilly.

He spoke to the San Jose Mercury News recently, in an interview published by Linux Insider, and he said tests of the software would be debuting shortly:

"We want to make sure that the web on mobile is more like the web than what the mobile industry offers today, which is closed, separate networks and not a very good information-getting experience for the user.

"The first thing is to bring Firefox to mobile devices. We're working on that, and we'll see some alphas in a few weeks."

He also spoke of the effect Google's new browser, Chrome, might have on Firefox's effectiveness, as the two programs are now effectively competing.

"I'm not sure 'competing' is the right word. It's not the way I think about it. We're trying to make something that provides a good experience for people, and they are too."