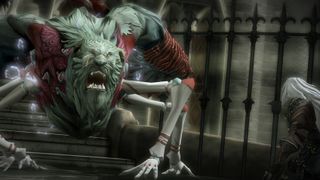 What classic games series do you want back?

Konami has launched its Heritage Games Survey asking the gaming community at large which of its classic games series you would want brought back from the dead.

It's a series of questions about Konami's franchises, which you're aware of and which you've spent time and/or emotions on.

The survey sets out fourteen of its existing series, from gamepad-destroying classic, International Track and Field to the 'splodey multiplayer fun of Bomberman.

But if there are other Konami classics you're desperate to see them bring back there's a section at the end where you can plead your case for another Silent Hill game.

It's not all about console gaming though, the survey also wants to know what platforms you'd be interested in seeing your favourite old games reappear on. Do you want console exclusives, PC games, cross-platform titles or just easy-access mobile gaming?

You can take part in the survey here, and you could bag yourself some Amazon vouchers too for letting Konami know how much you love Hideo Kojima.