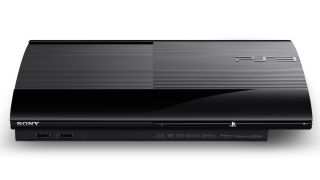 Will it end up being more or less expensive than the PS3?

As Sony's Feb. 20 event inches closer, we might have our first sense of just how much the company plans to charge for its highly anticipated PS4.

It's unclear where the Japanese paper got its information, but the figures fall in line with previous chatter that the system will cost around $400 (UK£255, AU$387).

The Asahi Shimbun is one of Japan's major national newspapers, so it's no rag, but still take the report with a grain of salt. Or a shot of sake, whichever you prefer.

You can also check out our PS4 rumours video below for more info.

The paper also mentions a 2013 launch for Japan and the U.S., though there's no reference of a European release date.

As for the controller, Asahi Shimbun's report also backs up claims that it will feature a touch pad while being similar in size to the current Dual Shock 3 model.

Going back to the price, there's no way to know until official announcements just how much it will cost in different regions, but the paper's report gives us a realm to work with.

In the U.S., the basic Wii U costs $299.99 while the Deluxe model goes for $349.99, so while the PS4 might not be able to compete on the price front, its rumored price isn't too outrageous, especially if its specs stack up.