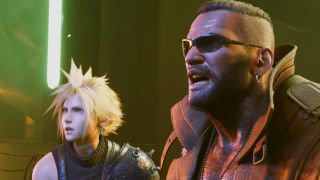 In spite of the overwhelming odds, Final Fantasy 7 Remake is coming out on PS4 on March 3, 2020, game director Tetsuya Nomura announced today.

While many thought the shift from the game's original external developer CyberConnect2 to Square Enix’s in-house team would cause a severe delay, the final product will be here much sooner than expected.

Alongside the release date announcement, Square Enix has unveiled a new trailer that shows more combat from the game starring Cloud and Barret alongside series icons Aerith and Sephiroth. Check it out for yourself below:

No Sony? No problem!

Usually an announcement of this size would be reserved for Sony's keynote that's typically held on the Monday of E3 – but, because Sony isn't at this year's show, Square Enix has taken it upon themselves to break the news.

According to Square Enix, the company will have more to share about the game at its press event, so it's worth tuning into that at 6pm PT (9pm ET, 2am BST/11am AEST on Tuesday, June 11.