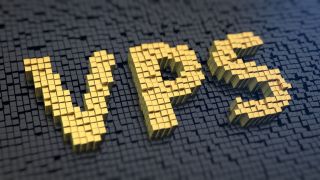 Most of us have heard of shared hosting, for personal use, and dedicated servers, which power large company infrastructures. However, if your business sits in between personal use and such enterprise giants, there is a third alternative, VPS.

What is a VPS?

VPS (virtual private servers) are isolated virtual environments created from a physical server through a process called “virtualisation”. This means that in effect you can have your own customised server solution at a fraction of the cost of an entire dedicated server. One bare metal server came home several VPS’s at once. The other massive advantage of VPS hosting is scalability: depending on your needs at any given time, you can easily add or remove resources and only pay for what you are actually using.

Flexibility as the end game

While hardware resources are shared, each client on a VPS still gets its own software environment (operating system) and therefore more flexibility to play around and for all purposes, a VPS is almost equivalent to a fully kitted computer. Virtual Private Servers can be managed or unmanaged with the client taking full responsibility of software updates and patches. Being isolated means that VPS are great for running SaaS projects (like a personal cloud or a VPN server) or websites that have a reasonable amount of concurrent users.

The very reason why VPS came on the market in the first place was to fulfil a gap between dedicated servers and shared web hosting offers. For small and medium businesses as well as IT managers, it represents the “Goldilocks” of web hosting; not too complex, not too expensive, not too slow, just the right balance.

Shared web hosting may be very cheap and great for novices but ultimately, you get what you paid for which is the lack of flexibility especially when it comes to handling traffic spikes (e.g. Christmas sales or a popular page) or when a website has simply outgrown its original bedding.

The ability to scale rapidly without additional complexity or overhead and with at least one order of magnitude, sets VPS apart from other types of hosting.

VPS cost a fraction of a dedicated server and are far more flexible as you do not need to pay for extra capacity or resources that will be unused. Instead, most providers allow customers to transition without friction between different tiers depending on demand.

Traditional VPS tend to use hard disk drives for storage; However, some vendors, like VPS.net, have eschewed HDD completely, not only because of performance but also because of reliability and kitted their servers with SSD (solid state drives) only, hence the moniker SSD VPS. SSD are great for serving concurrent users as they can handle a high number of input/output operations simultaneously.

Cloud VPS extends the virtualisation paradigm across multiple servers rather than one making it more redundant but also more expensive.

In traditional and SSD VPS, a hardware failure will affect all VPS hosted on that particular machine, cloud VPS adds a layer of reliability, allowing websites and services to run without significant downtime even if a server is physically removed from the server cluster.

Businesses opting for Cloud VPS are likely to seek stringent SLA as downtime would be very costly; some providers, for example, offer a 1,000% SLA; that’s 10 times the pro-rated rental for the downtime of the affected services.