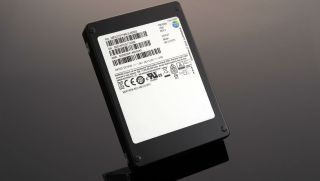 The 15.36TB SSD is not only more capacious than the largest hard disk drive (models from Seagate and WD currently top 10TB), but also far smaller (2.5-inch compared to 3.5-inch). That means Samsung could easily produce a 30TB HDD-sized SSD giant if it wanted to.

Back in August 2015 Samsung demonstrated a 768TB storage setup that included 48 of these drives. The server managed to reach a staggering two million IOPS, making it ideal for OLTP (Online Transaction and Processing) solutions.

The question remains though: Can it run Crysis?