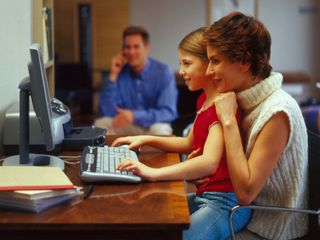 Regulator Ofcom has asked the top UK ISPs to explain why consumers often don't get the connection speeds they've paid for. In an effort to allay public concern over connection speeds, Colette Bowe, chairman of the Ofcom Consumer Panel, has written to the chiefs of the top six companies asking for their views and to come up with solutions that give customers clear information.

Ultimately Ofcom wants consumers to be able to find out what their connection speed will actually be as well as allowing customers to exit their deal if the speed is not in line with what they've been led to expect.

The decision to write to ISP chief executives follows increasing consumer concern about broadband speeds, says Ofcom. The regulator is concerned that the "up to" speeds advertised in broadband packages are often rather different from the actual, much lower speeds experienced by many subscribers.

In her letter, Bowe writes: "...we believe that broadband customers are not at the moment getting enough information. We are of course aware of the technical reasons for the "up to" terminology that you use. I would however like to have your views about how these technical issues might be better addressed in terms of giving clearer information to potential customers."

Ofcom says consumers need to be able to clearly understand what they are buying, what influences the performance of the product or services they are buying and how to do something about it if it doesn't live up to their expectations.