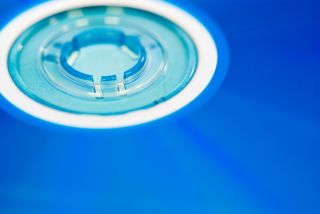 It looks like Paramount has escaped from its exclusive HD DVD-only lock-in, with its first Blu-ray titles scheduled for launch in March.

Forum posters on Blu-ray and High Def Digest are citing Amazon UK listings for Trading Places, Coming To America and Anchorman as evidence. All three Paramount movies are set to be released exclusively on Blu-ray on Monday 10 March, says FormatWarCentral [via Gizmodo].

It's important to note however that these releases may also be a sign of local distribution deals done between US movie studios and their European partners. This has thrown up a few anomalies in the past with US-only Blu-ray titles appearing in Europe on HD DVD and vice-versa.

HD DVD Europe spokesman Olivier Van Wynendaele told us back in November that such deals were commonplace.