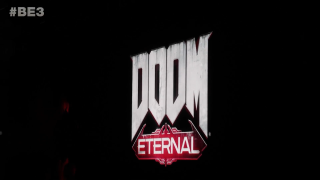 Bethesda took to the stage at E3 2018, and the developers behind Doom announced a new followup game called Doom Eternal. Unfortunately, details about the game were sparse.

2016 saw the relaunch of the Doom franchise, and the game proved a popular revision to the series. The combat was fast-paced, and the gore fest was as gritty as ever. It even spawned a VR re-release as Doom VFR.

Doom Eternal is going to be a sequel to the 2016 game. And, instead of taking place on Mars, the developers and the imagery hinted at hell on Earth.

There wasn't gameplay footage, or much beyond a teaser trailer, which you can watch above.

The developers did say there would be twice as many demons, and that the Doom Slayer would feel even more powerful.

Bethesda will host Quake Con in August, and there will be more on Doom Eternal at the event.