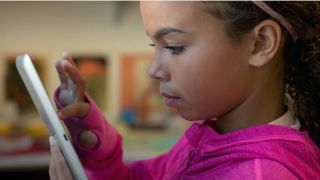 The EdTech Hub is spearheaded by the UK’s Department for International Development. Announced in June, the initiative will see UK funds funneled towards improving the use of education technology in developing countries.

The project will span a period of eight years, launching later in 2020. The Bill and Melinda Gates Foundation will join existing contributors such as The World Bank, University of Cambridge and the Overseas Development Institute.

The news was announced by Chris Skidmore, UK Minister of State for Universities, Science, Research and Innovation, during the opening keynote at BETT 2020 in London.

Skidmore, also Conservative MP for Kingswood, took to the stage at BETT to discuss the government’s plans to form closer ties with international partners in all sectors, in light of the UK’s imminent exit from the EU.

“Brexit represents an opportunity - a new era of global collaboration,” said Skidmore. “Above all, technology is able to tear down barriers. It brings us all together, no matter where we come from. The UK is looking forward to collaborating internationally to help students in some of the most marginalised countries in the world to access world class education.”

The UK government is also in the process of developing a new assistive technology test bed, with the aim of assisting students with disabilities and additional needs. The goal is to allow students hampered by disabilities to access the curriculum in ways never before possible.

“The future looks bright for the UK, and for the EdTech industry as a whole,” said the Conservative MP, rounding out his address.