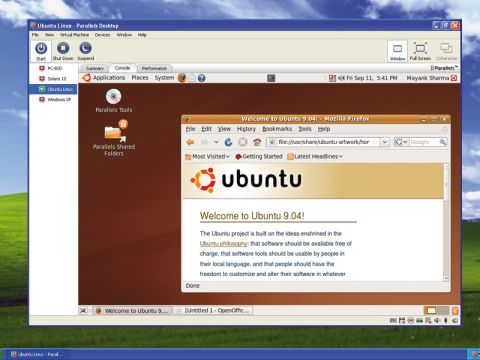 It does the job, but PD4 is pricey and many of its features only work with Windows guests

The biggest problem with Parallels Desktop 4 is its cost. VirtualBox is available for free and supports all the virtualisation features you'd need on the desktop.

The fact that PD4 doesn't do 3D and limits itself to processors that support hardware virtualisation doesn't help either.

And while users will appreciate the desktop centric (albeit Windows-guest only) features like the guest application coherence and virtual disk compressor, they would surely rather have their VMs work with FireWire devices than support eight virtual CPUs, 16 virtual NICs and 2TB virtual hard disk drives.

The UI doesn't offer anything of note, and there's no speed advantage either, though Windows guests do seem to run faster than Linux ones.

Overall, PD4 fails to live up to its price tag. Most of its touted features work only on Windows guests, and you can get the bulk of them with cheaper alternatives.

Parallels will have to work harder on this if it wants to recreate the popularity of its Mac app.