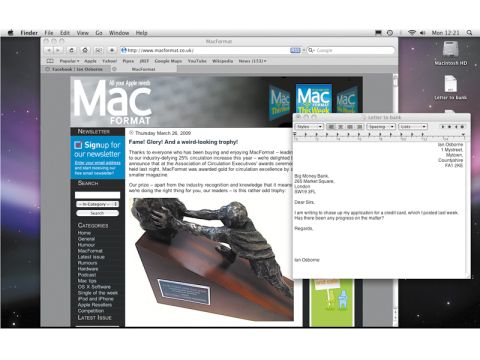 Undercover is comprehensive, versatile and unobtrusive

Having your Mac stolen can be heartbreaking, but if you have Orbicule Undercover installed, you've an excellent chance of tracking it down.

This near-invisible anti-theft application contacts Orbicule's servers every six minutes while online, checking your unique ID against a list of stolen Macs. It's non-intrusive, using half the memory of a Dashboard widget and transmitting just 500 bytes.

It's wiped by a clean install, but you can prevent this by password-protecting your firmware.

If your Mac's on the stolen-list Undercover kicks into action, taking snaps of your desktop and photos through your built-in or external iSight. It also reports details of your Mac's current Ethernet and wireless addresses, internal and router IP addresses and best of all, its current location to around 20-30 metres.

In testing, it identified the building ours was in. If this fails, you can switch to Plan B and fake a screen failure. When the thief sells the Mac or takes it in for repair, a message identifies it as stolen.

Undercover is easy to use – just install and forget. The information gleaned from a stolen Mac is comprehensive and the thief/receiver won't know a thing.

It's not vulnerable to false positives either, unlike recovery software that tries to guess when your Mac's been stolen.