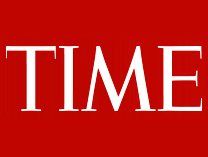 TIME looks to the stars

TIME magazine has announced its 50 best inventions of 2009, with the NASA Ares rocket shooting straight to the top.

The Ares rocket is a masterpiece of engineering, being that it is 327 feet tall and packs in some uber-powerful J2 engines. But the reason it is top of the list is due to the fact that it is man's great hope for re-igniting space travel to the moon – which is set to take place some time in 2021.

The list, as always, is filled with some great examples of innovation as well as invention with notable things in the top 50 ranging from the scientific – including teleportation (on an atom level), AIDS vaccines and planetary skin (an integrated net of land, sea, air and space-based sensors to monitor the Earth's surface) – to gadget based, such as the 3D camera and foldable speaker.

Interestingly, there is a severe lack of things internet-based this year. In 2008 the list was dominated by web wonders, but the only internet thing of note to hit the top 50 is YouTube's brilliant funk band.