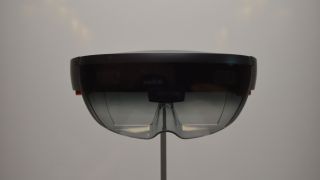 Microsoft's HoloLens is still in its development phase, with the company still figuring out what the hologram viewer can potentially be used for.

However, today Microsoft announced a research grant proposal that now shows us at least where Microsoft thinks the HoloLens' future actually lies.

"There's been palpable excitement at the prospect of mixing holograms with the real world to unlock all-new ways to create, communicate, work and play," Microsoft Research Corporate Vice President Jeannette Wing wrote in a blog post.

"This emerging technology teems with opportunity, so we've issued this RFP [request for proposal] to inspire the academic community to investigate the potential roles and applications for holographic computing in society."

In its Request for Proposals, Microsoft lists data visualization, medical and remote training solutions, interactive art and psychology as potential avenues for research.

"We expect that researchers will envision novel ways of using HoloLens - from interactively teaching students, to creating mixed-realty art installations, to manipulating holographic data to reveal new relationships … to who knows what," Wing wrote.

Microsoft is inviting proposals from any field, and will give $100,000 and two HoloLens development kits to five of the "worthiest proposals" from US researchers.

What do you want HoloLens to do?