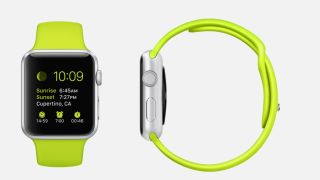 School's in session and it looks like Apple wants to sell the Apple Watch as fast as it can for the back-to-school shopping rush - but there seems to be an odd method involved.

According to 9to5Mac, the recent video shown to Apple Store employees has Apple Senior Vice President of Retail and Online Stores Angela Ahrendts allegedly instructing staff to tell customers that the Watch is the best back to school gadget because teachers can't see students messing with the small screen during class.

Ahrendts also said that staff should tell students to "jump on it before the teachers do."

The sales tactic used in an effort to move Watches off shelves are questionable at best and don't paint a nice picture of the company even though the site notes Apple isn't trying to tout class time usage for "malicious reasons."

Smartwatches in the classroom are still a gray area for many schools since they can be distracting or even provide a way to cheat on tests. However, wearables are still a new area of technology where the benefits and pitfalls are being researched.