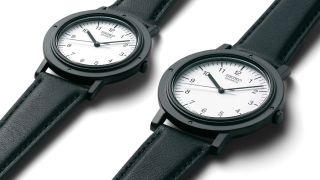 Seiko has eaten a big portion of 'member berries and decided now is a good time to re-release the watch that Steve Jobs sported in one of his most iconic photo shoots.

Seiko has teamed up with Nano Universe to re-release the Seiko Chariot, the watch Jobs was wearing in that 1984 shot of him straddling the first Macintosh - the computer that pretty much launched the desktop industry and lead to Jobs leaving Apple a year later.

Given the original watch worn by Jobs was auctioned off for $42,500 by his estate, there's a good chance this re-released Seiko Chariot will sell out.

Seiko is going on something of a trip down nostalgia lane at the moment. A year ago, the company released the watch Ripley wore in Aliens - the Seiko Giugiaro 7A28-7000.