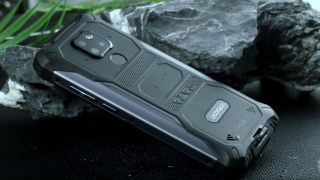 The Doogee S68 Pro is a sensible smartphone with a balanced configuration and a price tag that is actually very palatable. This is not a flagship smartphone like the Doogee S69 Pro, but it does offer a lot more than what you’d expect for the price, which is just under $200 (around £150, AU$300) at Gearbest.

Not only is this one of the cheapest handsets in the world to offer 6GB RAM and 128GB onboard storage, expandable to 1TB via an appropriate micro SD card, but it also runs on a speedy Mediatek Helio P70 CPU with a 5.9-inch full HD+ display, a massive 6800mAh battery and four cameras totaling 53-megapixels (including a Sony IMX230 21-megapixel camera).

Just bear in mind that aftersales is likely to be tricky since it would require you to send the phone back to the vendor. Doogee, unlike the big players, doesn't have an extensive aftersales network.

These are the headline features but the rest is just as good. A little known feature that it offers is wireless charging in either direction; it can be used as a charging mat, albeit trickling only 5W of power.

Don’t forget that this is an IP68/IP69K/MIL-STD-810G smartphone with plenty of protection and built to withstand some serious amount of abuse.

Other than running on Android 9.0 Pie, the presence of NFC and support for not one but four global navigation satellite systems, the Doogee S68 Pro offers Bluetooth 5.0 and 802.11ac connectivity. An excellent all-rounder that has set a new benchmark for mainstream rugged smartphone and will not break the bank.