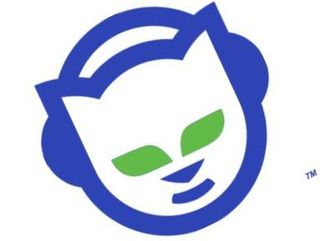 Do you remember your first time? Your first time listening to an MP3, we mean. For us it was a U2 song, leaked from the not-yet-released Pop album.

We had to install something called WinAmp to play it, it took forever to download on our crappy modem connection, and the song wasn't that great.

We didn't realise it at the time, but we were listening to the future.

The rise of MP3 has been staggering. Amazingly, the portable MP3 player is just ten years old - and the MP3 format wasn't even published until five years before that. But MP3's world domination wasn't guaranteed. In fact, the whole thing was nearly canned in 1991. So where did it come from, and how did it become such a big deal?

Harald Popp is one of MP3's inventors, and he currently heads the Multimedia Realtime Systems department at Fraunhofer IIS. As he recalls, the idea behind MP3 dates back to the 1970s, when professor Dieter Seitzer of the University of Erlangen wanted to find a way to transmit music over the new digital telephone lines that had just been developed.

"Basic research work was done until the mid 80s at Erlangen-Nuremberg University," Popp says, but the real work began in 1987. "A research alliance was formed between [the] university and Fraunhofer IIS within the framework of the European Union-funded EUREKA project EU147 for digital broadcasting (DAB)," he says.

The plan was to develop a codec for the digital radio systems planned for the coming decade.

It turns out that MP3 has multiple fathers. "Many people were involved in the MP3 development, with a core team of six contributing most to its success," Popp says.

Popp was one of them; the others were, in alphabetical order, Karlheinz Brandenburg, Ernst Eberlein, Heinz Gerhäuser, Bernhard Grill and Jürgen Herre. "None of those guys would have succeeded without the others," Popp says. "This was great teamwork indeed."

The making of MP3

MP3's development faced three key challenges. The first was to come up with a codec that "delivers excellent audio quality at very low data rates, so that music can be transmitted over digital telephone lines and over digital broadcasting services," Popp explains.

"The goal was always a level of quality where most listeners cannot distinguish between the original and the compressed music file." The answer: perceptual audio coding, which uses an algorithm to get rid of sounds your ears won't miss.

The codec the team came up with was called ASPEC, and they submitted it to the Motion Picture Experts Group (MPEG for short), the body overseeing the new standards for video and audio technologies.

ASPEC wasn't the only codec floating around, so the second challenge was to persuade MPEG that ASPEC was the codec to go for. "Despite the lack of experience and several competitors, we managed to get a modified version of ASPEC… into the standard," Popp says. In 1992 that standard became MPEG-1 Audio Layer 3, which of course we know as MP3.

It nearly didn't happen. In 1991, the MP3 team simply couldn't get their technology to behave. As Karlheinz Brandenburg explained in an interview with Intel, "In 1991 the project almost died… the encoding simply did not want to work properly. Two days before the submission of the first version of the MP3 codec, we found the compiler error."

The final challenge for MP3 was to take over the world - something it wasn't particularly designed to do. The first commercial MP3 application was designed for broadcast studios that wanted to transmit audio over phone lines, and Fraunhofer sold some kit to do exactly that in order to stir interest among hardware firms.

That worked, but "of course this was not a consumer application," Popp says. MP3 owes its success to a perfect storm of technological developments: "The advent of the internet, the existence of reasonably powerful computers and affordable CD burners." When internet users came looking for a music format in the late 1990s, MP3 was ready and waiting.

What the world is waiting for

The first mass-produced MP3 player was SaeHan's MPMan, a solid-state music player that first shipped in 1998. Harald Popp remembers it well, not least because he and his colleagues had already built something similar.

"It was pretty clear that it could only be a matter of years until flash memory would become cheap enough to allow the making of affordable solid state audio players," he recalls.

"In fact, we showed a prototype of such an MP3 player in 1994, using an MP3 decoder chip developed by us in cooperation with the German chip vendor Intermetall (later Micronas) and a 1 MByte memory chip, which allowed just 1 minute of high-quality stereo MP3 sound."

The MPMan was a bit more ambitious than that, but only just: for around $250 you'd get a massive 32MB of storage, or 64MB if you sent it back to the manufacturer with a cheque for another sixty-nine dollars.

32MB: Not quite all your songs in your pocket

The MPMan wasn't much cop - but Diamond Multimedia followed shortly afterwards with the Rio PMP300, which was so good that the Recording Industry Association of America tried to ban it. It wasn't successful, and Diamond promptly sold nearly a quarter of a million Rios - despite the lack of decent legal music services.

iTunes and its ilk were some way off: MP3.com was almost entirely music by unsigned musicians and the quality - musical quality, that is - was often pretty ropey, while Goodnoise - which became Emusic in 1999 - was limited to rock music from small, independent labels.

With very few exceptions, such as MP3.com's sponsorship of Alanis Morissette in 1999, if you wanted major artists' music in MP3 you were out of luck.

And then Napster happened.

Current page: A history of the MP3