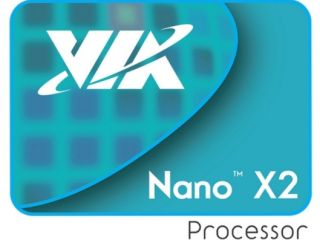 The X2, as the name implies, is a dual core version of the Nano processors already manufactured by the company. Although low power, it has a pair of Isaiah cores to give high performance.

Both the cores offer support for virtualisation extensions, 64-bit support, out-of-order execution and a speculative floating point algorithm. The Nano X2 is pin-compatible with the CPUs the company already produces, so no modification is needed for existing board designs.

Richard Brown of VIA said that : 'the VIA Nano X2 processor arrives at a time when software architectures are now optimised for multi-thread computing, and improvements in semi-conductor fabrication mean we can now double the number of processor cores while maintaining the same low energy consumption levels.'

The Nano X2 has several strong extras, enough to almost make it luxurious. There's SSE4 support, while AES encryption and decryption acceleration is included, and long the company's own PadLock hardware security technology.

The X2 is expected to start appearing on boards soon.