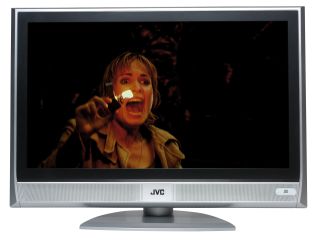 JVC's LCD TVs may be popular in the UK, but the company has struggled overseas. This has depressed profits at parent company Panasonic (Matsushita)

Panasonic (Matsushita) has finally decided to rid itself of struggling electronics firm JVC , by selling its stake in the company to Kenwood . Kenwood and JVC are expected to merge.

Kenwood is to pay 20 billion yen for a 13 per cent stake in JVC this summer, prior to the formation of a holding company. This will see Panasonic divest itself of the rest of its JVC shares to Kenwood by 2008.

There's no news yet on how this will affect any purchases you've made on products from either company. But we're not expecting anything very dramatic.

The creation of a holding company effectively enables both brands to exist as separate entities. This is something that's already happened with the Denon and Marantz hi-fi brands, for example. They are both owned by US firm DNM Holdings.

We hope to bring you official comment from JVC UK soon - so check back for update later today.