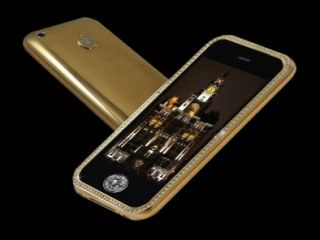 iPhone: Nothing gold can stay

Over three billion iPod touch and iPhone apps have now been downloaded from the Apple App Store, according to the latest figures just in from Apple.

"Three billion applications downloaded in less than 18 months - this is like nothing we've ever seen before," said Apple's CEO Steve Jobs.

"The revolutionary App Store offers iPhone and iPod touch users an experience unlike anything else available on other mobile devices, and we see no signs of the competition catching up any time soon."

The rate of app downloads has grown exponentially, with Apple passing the 1 billion mark on 23 April and then the 2 billion download mark on 28 September last year.

iPod touch downloads overtook those from the iPhone's for the first time late in 2009, with 172 per cent more iPod touch owners downloading from the iTunes App Store than iPhone owners according to mobile analysis firm Flurry Analytics.