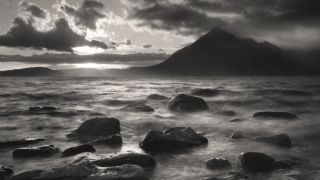 Expect instantaneous selfies on summits in the future

The Iridium GO!, which can fit inside your pocket, will be released in the second quarter of 2014. Speeds are expected to be quite low at first - around 20 kbps according the company. The device is ruggedized, water, sand and dustproof and features an SOS button for help in an emergency.

To turn it on a user has to lift up the antenna to create a 100-foot WiFi network that phones can use to connect to Iridium's orbiting satellites. To address the issue of slow connection speeds Iridium is offering an email application that compresses data being transmitted. With the compression, the company says that someone could fire off 20 text-based emails a minute.

"Off the grid" internet

The Iridium GO! Will might be a must-have tool for those who like to go way out of reach of civilisation – climbers, hikers and outdoorsmen who might have need of a quick internet connection in a snap.

The device is also fully compatible with the series of satellites that Iridium will be launching in 2015, the "Iridium Next" series. Data speeds on the GO! are expected to get faster as the company launches more complex satellite constructs in the coming years, with Iridium aiming for 1.5 Mbps data speeds after 2015.

"Iridium GO! enables people to use their own trusted devices - their smartphone or tablet - even when they are off the cellular grid, all while maintaining access to their contacts and applications, as well as reliable voice and data services," said Matt Desch, CEO of Iridium. "It is also the lowest-cost device and service offering that Iridium has ever made, making truly global coverage more affordable than ever."

The Iridium Go! Will be available for around $800 (£491, AU$895) through Iridium distribution partners and the company itself.