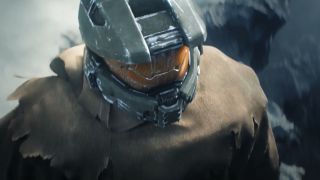 You've got just a few more months to wait, Halo fans: Master Chief's first appearance on Xbox One will take place October 27, Microsoft has announced, and there are a couple of new trailers to whet your appetite.

Here's the first of them. Apparently Agent Locke isn't best pleased and it looks like something fairly apocalyptic has happened. The release date is shown briefly at the end.

The second one gives us a similar scenario with the roles reversed. This time Master Chief is throwing out the threats in a scene reduced to rubble - how did we get here? Who shoots first? Just, erm, seven months, until we find out.