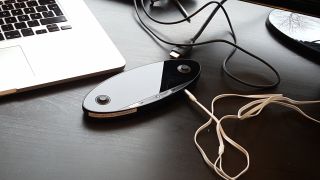 Earlier this year the internet went into a frenzy over some photos of what was claimed to be the controller for Nintendo's upcoming NX console. As it turned out, it was an elaborate hoax of two parts: one photoshopped render followed by a physical prototype that was built by a second person.

One of these prototypes has just gone up on eBay, with bidding starting at $4,000. There's a Buy It Now option too but at $10,000 it might be a bit too much to ask for - even though the creator says only five controllers were ever made.

But if you're really keen to own a piece of fake Nintendo history, you can head over here and get bidding. Good luck explaining to your friends and family why you spent thousands of dollars on a controller that doesn't work and is essentially just a big internet in-joke.

You can see how the controller was made in the video below. As for what the real Nintendo NX controller will look like, the mystery continues…