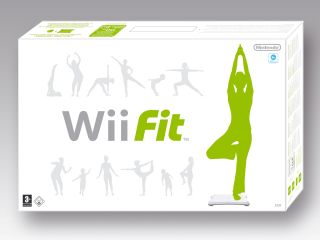 Wii Fit is about to get a whole lot, well, fitter

Just as it improved the Wiimote controller by launching the MotionPlus, Nintendo has decided to power up its Wii Fit Balance Board by introducing a new, more precise version this autumn.

Wii Fit Plus will launch first in Japan, according to the reliable Nikkei newspaper, with a more accurate board and a slew of new exercises designed to attract a wider range of players.

The eight million global sales of the original Wii Fit package have clearly spurred Nintendo on to find even more takers by including gentler exercises for elderly people and more precise measurements for hardcore health nuts.

Also new to the game is an internet mode that allows exercisers to compare progress with remote friends in losing weight or whatever else their goals might be.

So far, Nintendo hasn't commented on the reports, but we can expect to learn more at E3 this week.