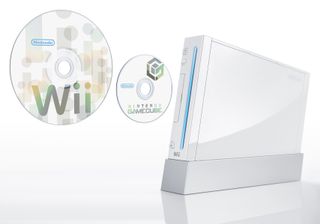 The Nintendo Wii is one of the biggest technology phenomenons ever

Nintendo has smashed sales records Down Under. It has become the fastest selling games console that Australia has ever seen.

Some 100,000 games enthusiasts have bought a Nintendo Wii in Oz since it launched there in December last year.

"We are pleased that Wii has achieved this benchmark, but we are ecstatic that it attained this whilst also reaching new audiences and expanding the scope of our entire industry," beamed Rose Lappin, boss of sales and marketing at Nintendo Australia.

"We promised we would bring gaming to the masses; I think this is proof that we are heading in the right direction".

Worldwide, the Nintendo Wii continues to lead the console charge, significantly outselling the Microsoft Xbox 360 and the Sony PlayStation 3 .