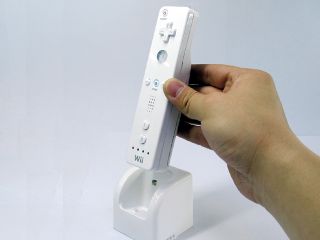 The Microsoft Xbox 360 console is not selling very well across Europe and is lagging far behind the Nintendo Wii. That's what Nintendo executive Reggie Fils Aime said in an interview with the San Jose Mercury News .

"The Xbox 360 is selling well only in one country, the UK. Across the rest of Europe, it is not performing well. Wii, on the other hand, is selling exceptionally well all through Europe.

"The Wii's are selling out as soon as they're put into the marketplace," he went on.

Last month, over 335,000 happy US gamers went Wii shopping, a figure which dwarfs the 127,000 PS3s sold by Sony. The PlayStation 3, which launches this Friday in the UK, is also being comprehensively outsold by the Xbox 360 which pushed over 100,000 more in February than its Sony competitor.

The Xbox 360 sold 228,000 consoles during February. Microsoft is expecting to have flogged 12 million units by June of this year. That figure is already half the number the original Xbox console sold in its entire lifetime.