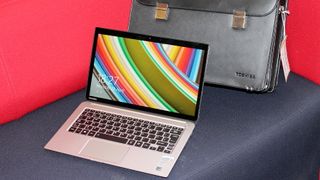 It can be tricky keeping your finances in order, which is something Toshiba's board appears to be learning the hard way.

According to reports, the Japanese company's CEO, Hisao Tanaka, along with board members that include Vice Chairman Norio Sasaki will step down in September after the discovery of accounting irregularities.

A third-party committee has been hired by Toshiba to investigate the conglomerate's bookkeeping practices. The committee is focusing on the role played by senior officials, over half of which are expected to be replaced at the next shareholders' meeting.

Toshiba first disclosed the irregularities in April, two months after financial regulators demanded a report on its bookkeeping.

Sources declining to be named said investigators believe the executives may have been worried about the Fukushima disaster's impact on Toshiba's nuclear arm, resulting in understated costs and overestimated revenue.

A Toshiba representative has claimed that no decisions on the matter will be made until the committee releases its findings.