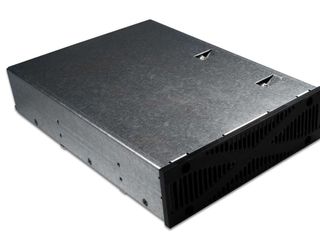 We could be seeing motherboards with OCZ's HSDL sockets on them in the near future if they have their way.

One of the most innovative PC products of late last year was OCZ's IBIS HSDL (High Speed Data Link), freakishly-fast, SSD. Combining it's already pretty darned quick SSD technology with a brand-new, proprietary interface the IBIS was an impressive bit of kit.

And despite beating the competition for speed, at £540-odd it was little more expensive than a standard 256GB SATA 3Gbps SSD.

As it's a platform based on an existing connector, with a PCI-E based add-in board for your PC, OCZ wasn't being too precious in the use of its tech.

Speaking with a representative of OCZ today he said that it was in talks with motherboard manufacturers about shipping mobos with that HSDL connector built into the board itself. "Obviously it would have to be the very top-end of motherboards," he said.

He wouldn't be drawn on exactly who OCZ had been in talks with, but you can bet that they'll be based in Taiwan...