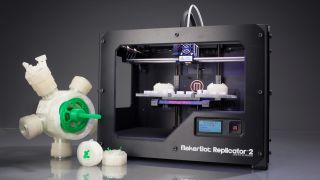 3D Printers still not there yet.

Analyst firm Gartner says that we will have to wait for at least five years (i.e. towards the end of the current decade) until 3D printing becomes mainstream and is embraced by consumers.

He added that while there is considerable media interest in the technology and people in general are aware of the technology, there is still a lot to be done especially when it comes to the price of the devices themselves and the consumables.

Gartner analysts identified seven different technologies that sit under the "3D printing technology". It is not as Basiliere puts it as simple as "hitting print" on a paper printer.

Additive manufacturing, as it is commonly known in the industry, isn't as straight forward as its 2D counterpart. 3D Printing kits such as the Velleman K8200, costs £700, which while cheaper than what it was last year, is still far too expensive for the average household.