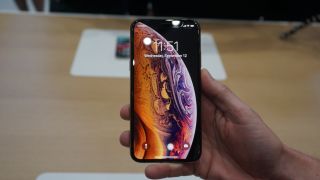 Apple has moved to bring more of its supply chain under its own control with the $600 million acquisition of part of Dialog Semicondcutor’s business.

Dialog has supplied power management chips to Apple ever since the first iPhone was released more than a decade ago.

However, reports earlier this year suggested Apple would be seeking an alternative supplier, with many speculating this meant Apple itself.

A further $300 million will be made as a pre-payment for a range of Dialog components between now and 2021. In addition to power management chips, Apple has also awarded Dialog contracts for audio subsystem, charging and other mixed-signal integrated circuits.

Dialog itself will continue to work on chips for other customers, including those involved with connected cars and the Internet of Things (IoT).

Apple has made its own processors for the iPhone and iPad since 2010, while in 2017 it announced it planned to stop including UK chip manufacturer Imagination Technologies’ graphics technology in favour of an alternative developed in-house.

As Apple was Imagination’s largest customer, accounting for half of its annual revenue, the company’s survival was called into question as its share price fell by 70 per cent. This made it an easy takeover target with some suggesting Apple might be interested.

Instead, the chipmaker was sold to a Chinese private equity firm and Apple established an office just a few miles away from Imagination’s headquarters in St Albans.