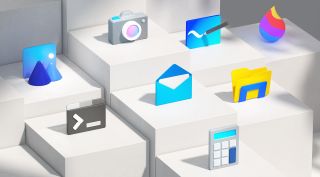 Limitations. That’s sometimes a word that comes into play when developers start building applications. They discover the limitations of the development engine or the IT infrastructure needed to support an app. They discover limitations in how they can distribute the app and who can use it on which devices. Or they find out that there are limitations related to costs or support available for the development environment you use. It can lead to frustration and, for many companies, a serious problem when it comes to scaling the app for more users.

Amazon Corretto is a production-ready distribution of OpenJDK, and it’s designed to provide everything you need to create and run Java applications without limits. Open Java Development Kit, or OpenJDK, is a popular distribution of Java used by developers to create rich applications, and Corretto is an Amazon implementation of OpenJDK. It’s compatible with Java SE, which is the standard for web applications released back in 2006.

The concept of Amazon Corretto was born out of an internal need at Amazon. The company runs thousands of apps, both internally and externally for customers, and they needed to create a reliable distribution for their own developers to use, one that is secure and has standards in terms of documentation and process, and one that is used for all of their apps.

Released to the public in 2016, the distribution is intended for companies with similar goals -- to create Java applications that can scale and run reliably, use the latest security features, and can be fixed in a uniform way within a well-known and commonly used distribution.

An example of this might be a new business app for tracking company expenses. Normally, this might require that a company look into open source distributions that are not officially supported as a way to cut down costs, and then figure out all of the necessary support variables such as patching, endpoint security, and bug fixes on their own. This becomes a two-pronged effort -- to create the actual app itself and then to figure out how to update and maintain the app.

One of the benefits of Java is that it is remarkably flexible in terms of the apps you can create. It can also run on Linux, Windows, and Mac platforms. This, however, could also be a downside if it leads to an open-source nightmare of support and disconnected, unreliable apps.

Without Corretto, development teams can descend into chaos -- not for a lack of internal process, but instead related to how apps are supported, documented, and distributed. In fact, the distribution allows companies to focus efforts on the actual development and not on the framework they are using and whether it works reliably and is well supported.

The distribution will run on Linux, Windows, or Mac and is available as a free download. The distribution can run using cloud services, on-premise, or on a local machine. That flexibility in how you run the distribution means teams can focus more on actually creating apps.

A key benefit to Amazon Corretto is that, while it is entirely free to use, it is still supported by Amazon in the sense that the company will continue to provide patches, security updates, and bug fixes for a predetermined time period. For example, with Corretto 8, Amazon has guaranteed they will provide support through 2023 for all OpenJDK apps. The latest version available for download, Amazon Corretto 11, is supported through 2024.

This support includes all of the security enhancements that will help you reduce the likelihood of a data breach, which is a concern given that web apps can be an attack vector for hackers. Amazon also provides all of the documentation you might expect from a commercial distribution, all of the patches related to performance and reliability, and all of the bug fixes.

This provides a major advantage in terms of performance. Often, with a web application that is not well-supported, there are issues with web apps breaking down due to code inconsistencies or a lack of patches or security fixes. Amazon makes sure the distribution runs at an optimal performance level (which is important not just for customers but for Amazon’s internal apps).

Underlying the flexibility in how you use the distribution, where you use it, and on which devices and platforms is the fact that Amazon Corretto has no related costs. Anyone can download the distribution from aws.amazon.com/corretto and get started creating apps right away.

The distribution is constantly being tested and updated, thanks to the fact that Amazon uses it for thousands of their own apps and therefore depends on the distribution. This includes apps they offer to external customers and to the internal apps they use for employees.

Unlike some open source distributions, Amazon Corretto provides a platform to create reliable apps with full support and documentation so you can focus on the app itself.